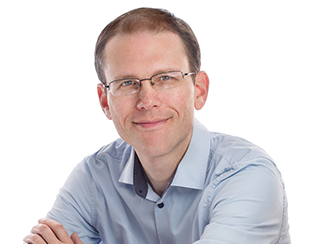 Nat Crawford is the President of Improve Your English. He received his BA in English Literature from The University of Chicago and his MA at Stanford University. For four years, he taught writing and Honors English at an elite preparatory school in Los Altos. As a tutor, he has helped students develop better writing skills, improve scores on standardized tests, and earn admission to Harvard, Wesleyan, Caltech, and MIT, among other schools. 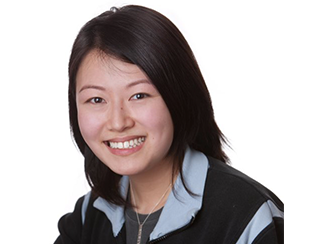 Teresa Kim is an English graduate of Stanford University, where she was a presidential scholar and a peer writing tutor. At Improve Your English, she has helped students improve their SAT scores, receive National Merit Scholarships, and qualify for gifted youth programs hosted by John’s Hopkins and Duke. 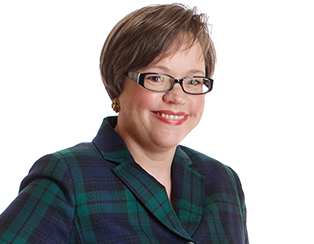 Ann Hillesland has a BA in English with highest honors from UC Berkeley as well as a Masters of Fine Arts in creative writing from Queens University of Charlotte. As a writing tutor and teacher, she has taught students everything from basic grammar to college essay composition to creative writing. She has written for some of Silicon Valley's top companies and many national literary magazines. Read More About Ann 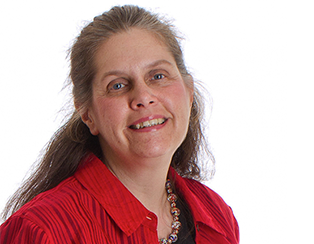 Dr. Mary Lynn Wilson graduated from the University of California, Santa Cruz with a double major in English and History. She holds both an MA in Medieval European History and a PhD in Indo-European Studies from UCLA. She is a lecturer at San Jose State University, where she has taught mandatory junior-level writing courses for ten years. Dr. Wilson has studied 13 languages, including French, German, Latin, and Sanskrit. Read More About Mary Lynn 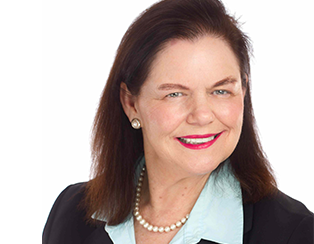 Judy Wendel graduated from U.C. Berkeley with a B.A. in English Literature. After obtaining two teaching credentials, she went on to graduate study in English, in education, and in ancient languages and literature. Her experience includes private schools, public schools, supplemental education, and homeschools. She has taught reading comprehension, literary analysis, grammar, writing, and the structure of language to all ages, including adults. She has additional expertise in Gifted Education and in the writing aspects of college admissions, having also worked independently as a college admissions counselor. Read more about Judy 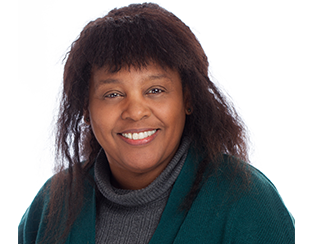 Jeannie Stokes-Cobb has taught English and English as a Second Language in K-12 and adult schools for twelve years. Her work in Alameda County led to a nomination for the county's Teacher of Excellence award. In addition to advanced degrees in education, she holds a B.A. in English from Stanford University. She is currently an English Instructor at San Jose City College and Mission College, where she teaches developmental reading/writing and critical reading courses. Jeannie holds ten adult teaching credentials, including English and English as a Second Language. Read more about Jeannie 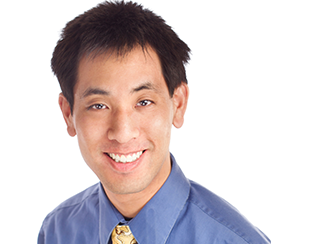 Daniel Hoshizaki received his B.A. in English from Santa Clara University. He has several years of experience with assisting students at the elementary, middle, and high school levels while helping them make significant strides in enriching their literacy and comprehension skills. His life-long love of reading and writing, supplemented by the study of literature in college, has given him a passion to impart a similarly ardent appreciation to others. His dedication, along with superb organization in lesson preparation and progression, inspires students to strive for excellence. Read more about Daniel 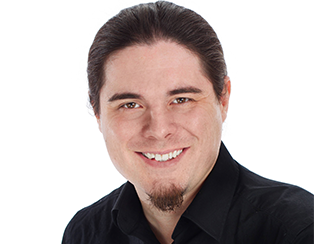 David McCalmon earned a B.A. with a double major in modernist literature and American history from U.C. Santa Cruz, from which he graduated with honors. He began his ten years of work in education by teaching U.S. history in college classrooms, where he often transformed ‘C’ students into ‘A’ students. He is currently in the process of writing and editing several novels in preparation for publication. Since 2012, he has tutored elementary and middle school children, with a particular emphasis on encouraging an early appreciation of classic and world literature. Read more about David

Mirabella Mitchell has a bachelor's degree in English from Princeton University and an MFA in creative writing from the University of Virginia. She taught college-level composition and creative writing at UVA, where she also worked as a writing tutor for undergraduate and graduate students. Now an SAT and English tutor, she focuses on building critical thinking and writing skills. Her own writing has received numerous awards and been published in several literary magazines. Read more about Mirabella 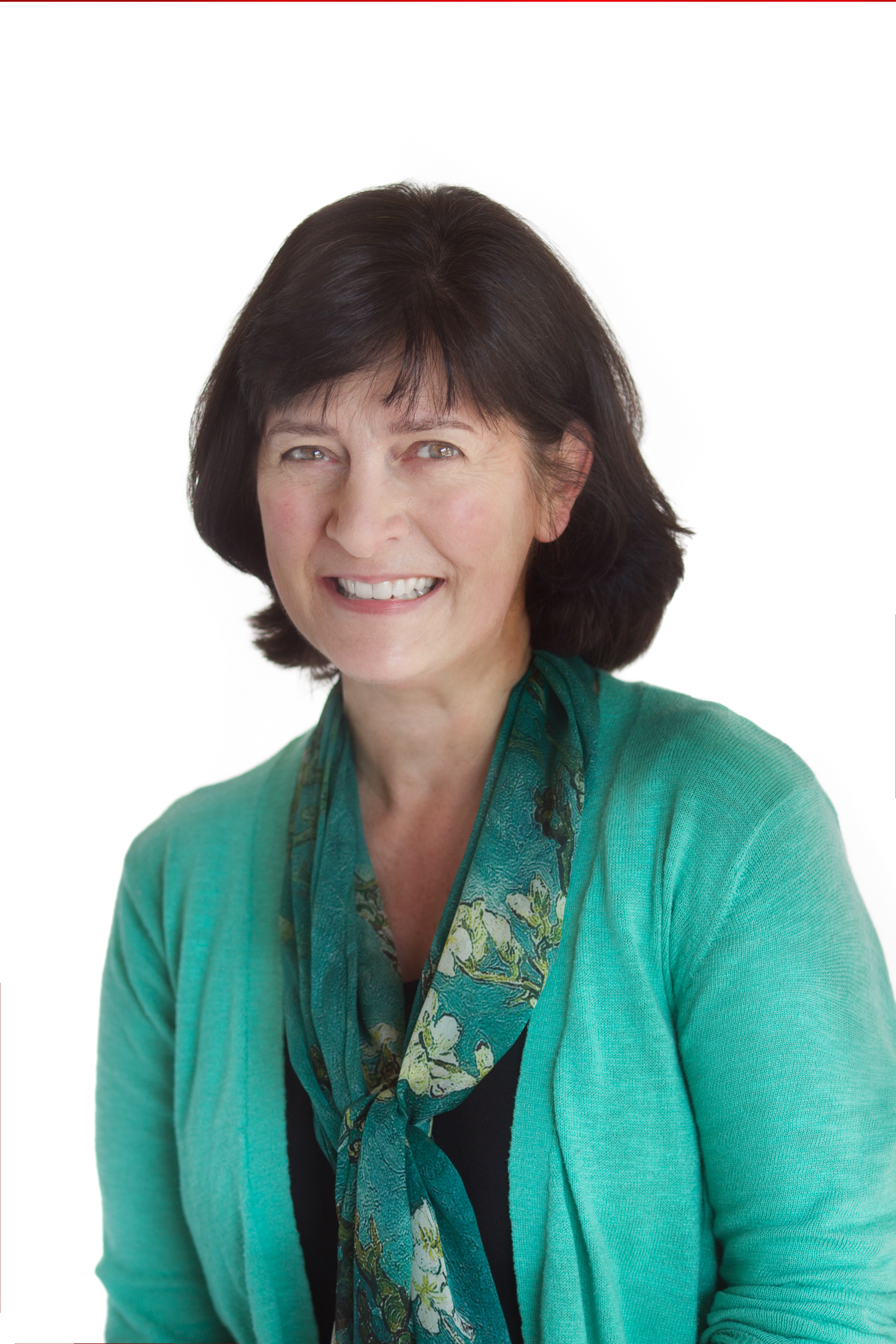 For over 25 years, Dr. Julie Sparks has taught English at the university level while also tutoring a wide variety of students, always with a focus on helping them excel at writing essays and understanding literature. While earning her Ph.D. in English at Penn State University, Dr. Sparks tutored in the PSU writing center and taught classes in freshman rhetoric and composition, junior-level business and technical writing, British literature, and an honors class in utopian and dystopian literature. She has also taught world literature, modern and contemporary drama, and Shakespeare. After Penn State, Dr. Sparks returned to her roots in the Bay Area to teach various classes in composition, critical thinking, and literature as a lecturer at San Jose State University for over 14 years. Her philosophy of both teaching and tutoring can be summed up in a line from the great Irish poet W. B. Yeats: “Education is not the filling of a pail but the lighting of a fire."

Travis Logan has a degree in English from the University of Pennsylvania, an Ivy League school. (This year, UPenn hit its lowest admission rate to date, at 7.4 percent for the Class of 2023.) Nor is he the only member of his family at an Ivy League school: his much younger brother attends Dartmouth. He also has military experience in the National Guard and in a deployment to Kuwait; for his military service, he received numerous decorations. As an Ivy League student, Travis showed exceptional energy, work ethic, and ability to tackle a number of projects successfully at the same time. At one point, he was taking four classes, holding down a job, playing guitar in a band, and interning at the office of Senator Arlen Specter. After college he used his English skills to work at a newspaper, ghostwrite speeches for a CEO, and serve as an intern with the Philadelphia District Attorney’s office. In addition, he has published several works of fiction. Before moving to the Bay Area, he spent two years as the lead teacher for an intensive SAT prep program in Vietnam. There, he developed a curriculum that led to his students gaining hundreds of points on the Reading/Writing section of the SAT. He used this curriculum when hiring and training other tutors to reach similar levels of success with their students. His students went on to attend colleges like Princeton, Dartmouth, and the University of Pennsylvania. The director of the school had this to say about him: “Travis is an amazing teacher. We would definitely hire him again if he were able to come to teach in Vietnam.”

After scoring a perfect 2400 on the SAT, Lara Sichi went on to do an undergraduate degree in English at Washington University in St. Louis. After graduating, she went on to the fiction writing program at Brown University where she taught fiction writing to Brown undergraduates. Since then, she has spent several years teaching SAT prep to students, achieving extraordinarily high teacher evaluations. A Bay Area native, Lara is looking forward to building her professional career by teaching students at Improve Your English.

Daniel Silverman holds a B.A. in History and French from Amherst College in Massachusetts (according to the 2020 US News & World Report on America’s Top Colleges, Amherst College is ranked #2 in National Liberal Arts Colleges, #12 in Best Undergraduate Teaching and #3 in Best Value Schools, with an acceptance rate of 12.9%). Daniel went on to earn a master’s degree in French literature at the University of Pennsylvania, an Ivy League school with an acceptance rate of 9.3%. Having passed all of IYE's tests and completed the company training, Daniel started tutoring for IYE part-time in 2018, where he has tutored students from all academic levels. He graduated from Pinewood School in Los Altos, one of the few schools in the country that gives students a strong background in English grammar. This gave Daniel an advantage both when he was applying to Ivy League schools and when he took the IYE tutor test. Daniel loves to read classic literature and to share with students the joys of focused reading, and stronger comprehension of the English language. Since his graduation from University of Pennsylvania, Daniel has worked as a 5th grade teacher for three years in San Jose, developed his ESL teaching skills by teaching English abroad in a small town in the French Alps, and, for the last two years, taught at Challenger School.

With 18 years of teaching experience in the Bay Area, Carol Storckman is an experienced and accomplished educator. She began her studies with a degree in English from UC Davis and continued by receiving a Masters in TESOL from San Jose State, as well as a teaching credential from Notre Dame de Namur. Reflecting her strong subject knowledge, Carol is to date the only IYE tutor applicant to have received a 100% score on the IYE tutor grammar test. In addition, as a teacher in the Silver Creek school district, she received high commendations for her classroom management and rapport with students. Carol also enjoys music, having performed in a variety of local choirs.

Nina Pick received a BA with a concentration in Comparative Literature from NYU, an MA in Comparative Literature from UC Berkeley, and an MA in Counseling Psychology from Pacifica Graduate Institute. She has nearly a decade of experience teaching students from fifth grade through college. She is also a book editor and oral historian. She has published two poetry chapbooks and a collection of gardening quotes, and is currently working on a children's book. Her new poetry book is forthcoming in 2021. Nina has an interest in spirituality and holistic healing. She also loves trees, poems, dreams, the Harry Potter series, cats. If she were at Hogwarts, she'd be a Hufflepuff.

Scott Shepherd is an experienced and versatile tutor, teacher, university lecturer, and examiner, with over a decade of teaching experience and a PhD in English Literature from University of London (United Kingdom). During over a decade as an English tutor, Dr. Scott has taught English to hundreds of middle and high school students. He has taught individuals and small groups, both face-to-face and online. His tutoring experience includes teaching for four years at the Royal Holloway in the UK. In his role as Assistant Professor of English at Chongshin University in Seoul, South Korea, he has designed, taught and examined courses for undergraduate students.

Dr. Anna Shajirat received her Ph.D. in English literature from the University of Washington, Seattle in 2017. She taught English literature and composition courses at the UW, Seattle University, and Freedom Education Project Puget Sound for eight years before moving to the Midwest to teach at a small liberal arts college, Quincy University. Anna taught at QU for two years and specialized in pre-1900 British literature. Mary Shelley's Frankenstein is her all-time favorite novel!

• Got B’s in English?
• Want to start preparing now for the SAT, college, and leadership in the workplace?
• Worried that your child’s English class is too easy?

There’s no substitute for experience and expertise. Our tutors and our program help you make steady progress toward success. Don’t wait until it’s too late to make significant improvement.